You are here: Home / Just Like That / A day in Deer Park and Bagh-I-Alam-Ka-Gumbad

One of the things I enjoy besides food is visiting new places and meeting people. The beginning of this New Year, I realized that I have not done much exploring in and around the place that I have lived in for thirteen years!! So my resolution for 2017 is to explore as many places as possible.

My day out in Deer Park

With this resolution in my head, I headed to Deer park one fine Sunday. Deer Park lies around the medieval –era Hauz Khas tank and the ancient Hauz Khas complex on one end.
It is easy to reach this park from Hauz Khas Village, Safdarjang Enclave and Delhi Lawn Tennis Associations Courts. Tourist can avail the buses or can even take auto rickshaws, taxi or metro to reach the park. I along with a couple of my friends, started the journey from my home in an auto. On reaching the park we decided to start our walk with a warm cup of tea sold by an aged man outside one of the gates of the park.
As we entered the park I saw a big blue board from Delhi Development Authority with the Don’t Do list.

I was not expecting the park to be so beautiful. Any doubts I had was immediately washed off once I saw a couple of spotted deer.

It is a perfect place to relax in serenity and solitude with the greenery of the park all around. The park is well maintained with trimmed lawns and soft grass lined with trees, bushes and shrubs. It also has paved paths created within the park and that makes it great for a leisurely stroll. The lake nearby with simmering water makes it even more mesmerizing.

I could see many families had come for a picnic. The kids were especially enjoying their time and gasping with excitement and joy at the sight of Guinea Pigs, rabbits and Peacocks. The park also has a variety of birds, and I saw few migratory ones as well since its winter.

The place is particularly good for nature lovers, bird watchers and photo fanatics.

One of the best things I saw in Deer Park was Bagh-I –Alam-Ka –Gumbad. Though we could not see the entire park, we did spend some good time at Bagh-I –Alam-Ka –Gumbad. It is definitely one of the Capital’s most beautiful building from the Lodhi-era dating back to 1501. Built during Sikandar Lodhi’s reign by sultan ‘Abu Sayeed. It was built over the grave of Miyan Shaikh Shihabu’d-Din Taj Khan, possibly a saint.

The structure is built with red and gray stones blocks. The use of arched niches set on three levels gives the impression of the chamber being divided into floors.

This place had a certain kind of beauty which is hard to describe. Isolated in the woods it speaks of the era gone by. One arch above the entrance was colored red and blue which made it stand out in the entire structure. We tried figuring out a way to go to the roof top but only saw it when it was too dark and we had to rush back.

Inside the Gumbad there are three tombs whose identity is not mentioned. I noticed a mihrab in the western walls but could not take the picture since it was already too dark. There is a flight of stairs on the eastern wall which leads to the roof.

The dome interiors have beautiful star design in red and blue, but that was all that I could figure out in the dark. So I will definitely advise everyone to visit the place early hour of the day.

Adjoining to the tomb is a beautiful wall mosque with a large courtyard. The courtyard has two neat rows of graves within the prayer space.

My Rushed Exit from the Park

While we were fooling around, clicking pictures and exploring, we spotted few couples trying to get cozy in some corners of the Gumbad. A little later, a couple of police came and climbed the top of the Gumbad and caught few boys smoking marijuana. So we rushed out, but not until I had climbed a tree in the dark and tried to get over my fear of heights!! (The tree was not that tall)
As I left the place, I thought to myself that such a striking structures, if well maintained, would bring so much joy to the visitors. After all, it is one of a historical structure. It might be insignificant to the study of history, but it gives a peek into the architecture of our past which is worth preserving.

Time and Days the park is Open:

The ideal time to visit the place is around two in the afternoon during the winter time. We reached around 5 pm and it was dark pretty soon. Hence, we had to rush out without seeing the entire park. It is a huge park hence it is advisable to have enough time in hand when you visit the Deer Park. 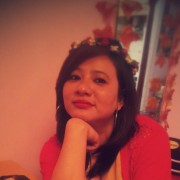 I am Namrata Kharga. Originally from Darjeeling, a district in West Bengal, India, and have been living in Delhi for past 12 years!!But I am still a mountain girl at heart.

Life for me is a long romantic relationship, mostly with oneself, which always has a happy ending! And if it is not happy, it is not yet the end.

A movie buff and a foodie, I love to shop (obviously, I am a woman!!) My friends call me woman of casualty since I am either breaking things around me or busy breaking myself!! And no, I am not suicidal, just a bit too much prone to accidents.

When I am not breaking anything, I enjoy watching short movies on youtube. I am also a big fan of Tedtalk.